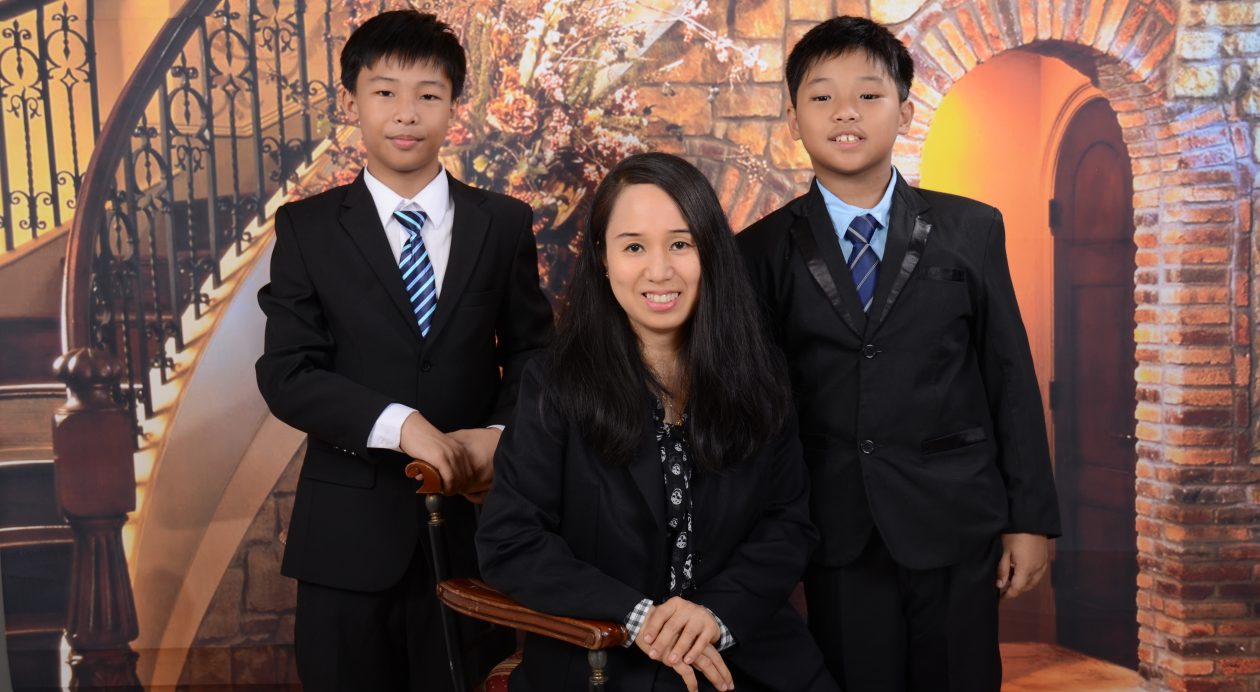 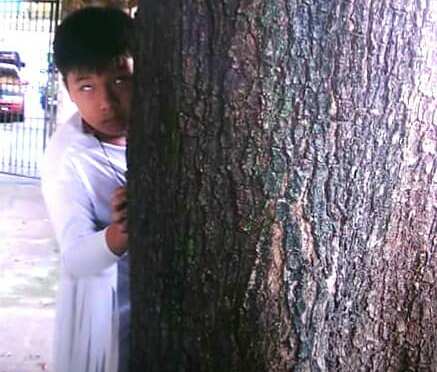 Unfaithful to what I pledged last year, I had a bit of Halloween celebration. That is, by dressing up. Don’t get me wrong, it’s a far cry from my decade long style of celebrating this pagan custom. And as the old saying goes, old habits die hard.  Right or wrong, my kids and I always treated this occasion as a photo opportunity. Thus, 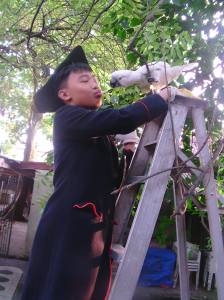 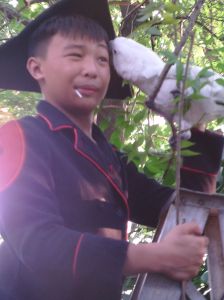 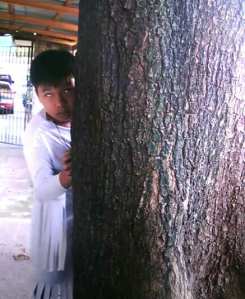 You must agree with me that Miguel’s eyes, reminiscent of the Village of the Damned, added to the creepiness of the photo.

My sons’ pictures above were regular; nothing special nor spectacular. However, when it was my turn, this happened. 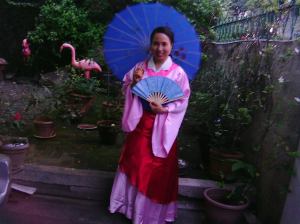 The  second picture below, using an I phone, was taken by the lady whose head was mysteriously included in the photo. Don’t ask me what app was used because we did not use any. In fact, the photographer, the owner of the floating head, freaked out.

Strange things do happen during Halloween. 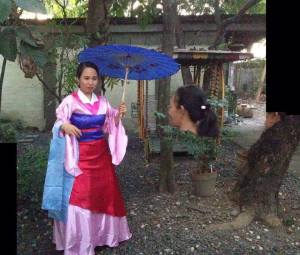 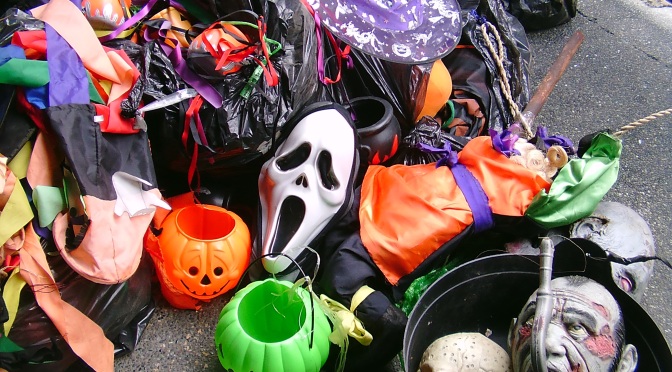 Of all the exciting holidays, Halloween was my favorite. Halloween is fun and exciting.  Besides, it is very colorful.  You get to pretend you are a ghost, a fairy or a princess.  What could be more exciting than donning a witch outfit to terrorize the kids and then give them candy? Because of my ghostly collection of costumes and decorations, yearly, my village becomes festooned with monsters and ghostly ornaments.  For eight years, our family ancestral house became the venue for these happy halloween celebrations. In my workplace, the celebration became office wide because of me. In fact, a Catholic school decided to celebrate it for a time because of my decors.  Halloween became a tradition because of me.  I never thought I could be that influential. However, this year, I’ve decided to end that tradition because it’s wrong. So I started giving away my precious collection. Why precious? Despite the ghastly appearance of  my decorations, some of them are hard to find collections. One third of my collection  has been with the family for years.

I have porcelain witches and battery operated grim rippers. I have hundreds of witch hats, some of which (no pun intended) were imported from the US and Europe.  Most of my neighbors were puzzled by my latest act of giving these decors away. So what is the real reason behind my  latest act of generosity?

You see, Halloween is  never a Catholic tradition. It is actually the Feast of Demons. It is said to have evolved from the Celtic holiday of Samhain. According to several accounts and legends, witches from  far and wide congregate on October 31 at a designated place to worship and have orgies with the under lord,  or Satan, for us Catholics.   Although staunch supporters of this tradition  justify  their celebration by saying  modern Halloween has become less about literal ghosts and ghouls and more about costumes, it still remains to be, the feast of demons. And demons are real. I have recently witnessed demonic possession.

It is very unfortunate that while I surreptitiously took pictures of the lady being exorcised,  the memory of my cellphone got erased.  For easy imagination, the scene looked like the picture above.

The possessed lady which was seated at my back was  breathing heavily at first which graduated to more tiger-like growls. I tried to ignore her because to my mind, maybe she had autism or otherwise,  suffering from really terrible colds. What freaked me out was when she cackled loudly like a witch and her mouth  spewed some kind of ectoplasm, only it’s white, not green.  Being a very devout Catholic,  I dashed off to the next pew and  reached out for my Rosary.  ( A black belter is no match for this supernatural, tiger growling possessed lady!)

Anyway, after about an hour of delivering several kicks and inflicting bites on the Priest and his prayer warriors, the possessed lady began to calm down and cry. She seemed so consumed and physically drained.

How does one get possessed? I am no expert on the subject but according to the priest who exorcised the lady, one reason  is  failure to observe the day of worship. For us Catholics, we are mandated to hear mass on Sundays.  Another reason why people get possessed is their observance  of pagan practices or in my case, extreme fondness for the macabre.

The reason why I am writing this is to inform you how a simple pagan practice could actually lead to demonic possession. This is not to say that I was previously possessed, or then again maybe I was. 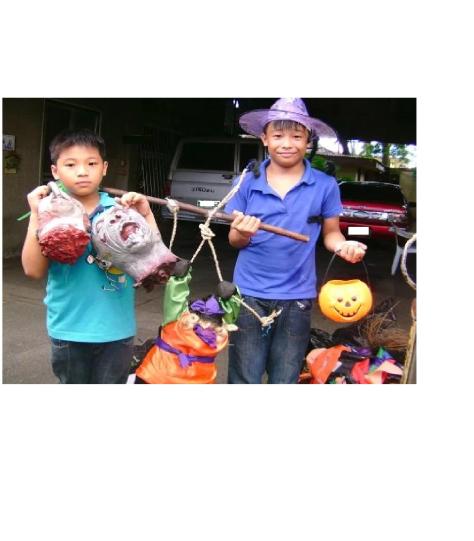